Director James Gunn wants to make a Marvel and DC crossover project involving King Shark, Groot, Rocket Raccoon, and Weasel. Gunn started to make a name for himself as a director after helming films like Slither and Super, but it wasn’t until Guardians of the Galaxy in 2014 that he really made it big. With the film being wildly successful, Gunn was brought back to direct Guardians of the Galaxy Vol 2. in 2017 before being hired by Warner Bros. to direct The Suicide Squad.

Groot has been a fan-favorite character since his first appearance in 2014, but it wasn’t until he turned into Baby Groot that he became a pop culture sensation. The character has since appeared in Avengers: Infinity War and Avengers: Endgame but will also be returning for Guardians of the Galaxy Vol 3., The Guardians of the Galaxy Holiday Special, his own TV show called I Am Groot, and possibly even Thor: Love & Thunder. While Disney clearly plans on milking Groot’s popularity, King Shark is a character that hasn’t had as many appearances. King Shark is a main character on the animated Harley Quinn series, has appeared in CW’s The Flash, and will also be in Gunn’s The Suicide Squad.

When asked by a fan on Twitter what characters he would include in a DC/Marvel crossover project, Gunn said he would include King Shark, Rocket Raccoon, Weasel, and Groot. The fan’s original question can be read below:

It goes without saying that a Marvel and DC crossover film is incredibly unlikely, and Gunn knows that. There have been a few instances in comic books where the superheroes and supervillains of DC and Marvel combine in a huge crossover event, but it’s doubtful that Disney and Warner Bros. would ever let their characters come together for a movie. That being said, having King Shark, Rocket, Weasel, and Groot combined into one film would be a sight to see. These characters are arguably the strongest members of their respective groups, and getting something with all four characters could make for one of Gunn’s weirdest creations.

While this unlikely team-up is obviously just a fun what-if scenario rather than something Gunn is actually working on, fans would go crazy to see something like this on the big screen. Gunn has proven he has what it takes to make a worthwhile superhero movie thanks to his involvement with Marvel, which is partly why fans are so excited to see what he does with the supervillain team in The Suicide Squad. King Shark, Rocket, Weasel, and Groot might never get to interact with each other, but at least fans can look forward to more DC and Marvel projects from Gunn in the coming years. 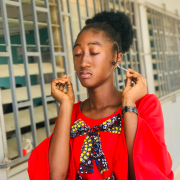